It’s overwhelming, isn’t it? When you start to understand just how far-reaching animal exploitation is?

For example, every single year:

-90 million tons of marine animals are pulled from the oceans

-We don’t even know how many die for vivisection; estimates range between 17 million-100 million. However, mice and rats are not reported because they are not included in the Animal Welfare Act.

And this doesn’t include the horrors of leather, entertainment, the millions of cats and dogs in shelters…it is absolutely mind-blowing.

And sad. So devastatingly sad. 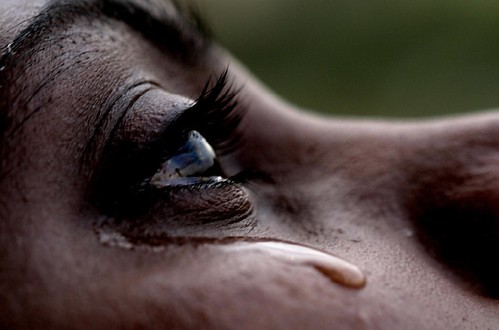 When we bring animal commodification closer to home, we are faced with seeing loved ones consuming corpses, leather in shop windows, and dairy cheese all over the television. It’s easy to begin to feel isolated and therefore useless in the fight to save animal lives.

But the animals need you. Which means that you must find ways to cope with the sadness that comes from learning the truth of their suffering.

One of the first things you’ll need is some sort of support system, ideally from other vegans. Even just having one person to talk to can make a huge difference. If there is a vegan or vegetarian restaurant anywhere near you, start to check in with them about events or groups nearby so that you can start networking! If you struggle to find any resources nearby, start joining groups on social media platforms like Facebook. There are so many available, so join at least two or three to find one that suits you. By having a support system, you can always check in and remember that you are not alone in your sadness or your resolve to make a difference.

Many vegans also like to get active! There are countless studies that demonstrate the fact that moderate exercise is at least as effective as antidepressants for stabilizing mood and alleviating symptoms of depression. Whether it’s a class like yoga, dance, pilates, or bootcamp, or simply going for walks or a jog – find something that you enjoy doing every other day or so. It’s not always about how many calories you burn – it’s also about how it makes you feel!

Meditation is also effective for many people. Feel free to search online for tips to begin a practice, or simply download a few guided meditations to listen to. Commit to sitting and breathing at least three times a week for a few minutes (although many experts recommend five-ten minutes per day).

You know what, though? Yes, I personally find some of the above helpful in stabilizing my mood, enhancing my energy, and improving my overall sense of well-being. But there’s something else that helps me, even when I’m really down:

Animal Rights advocates often look to the successes of previous movements as a measure of our progress (ex: abolition of slavery, the end of the holocaust, marriage equality, women’s right to vote, etc.). This is incredibly helpful, but guess what? Animal Rights is different than other movements in the past. While those advocates had to fight for elected officials to represent them and laws to pass, we have power as consumers to help bring an end to animal exploitation! Since the majority of the problem is caused by perceiving nonhuman animals as products, all that we have to do is STOP PURCHASING THE PRODUCT.

Yes, it takes time to educate a population so accustomed to using animal products. But we have yet another tool that some of those previous movements didn’t have, either: social media! This means that it is easier than ever for one person to influence several people to stop consuming animal products. How amazing is that? When it comes to fight for animals, most of the power to make real change lies with the individual rather than the government. Inspiring!

Every day that you eat a vegan diet, you are saving: 1,100 gallons of water, 20 lbs CO2 equivalent, and one animal’s life. Every day. You are powerful and more people are joining you on the compassionate side of history!