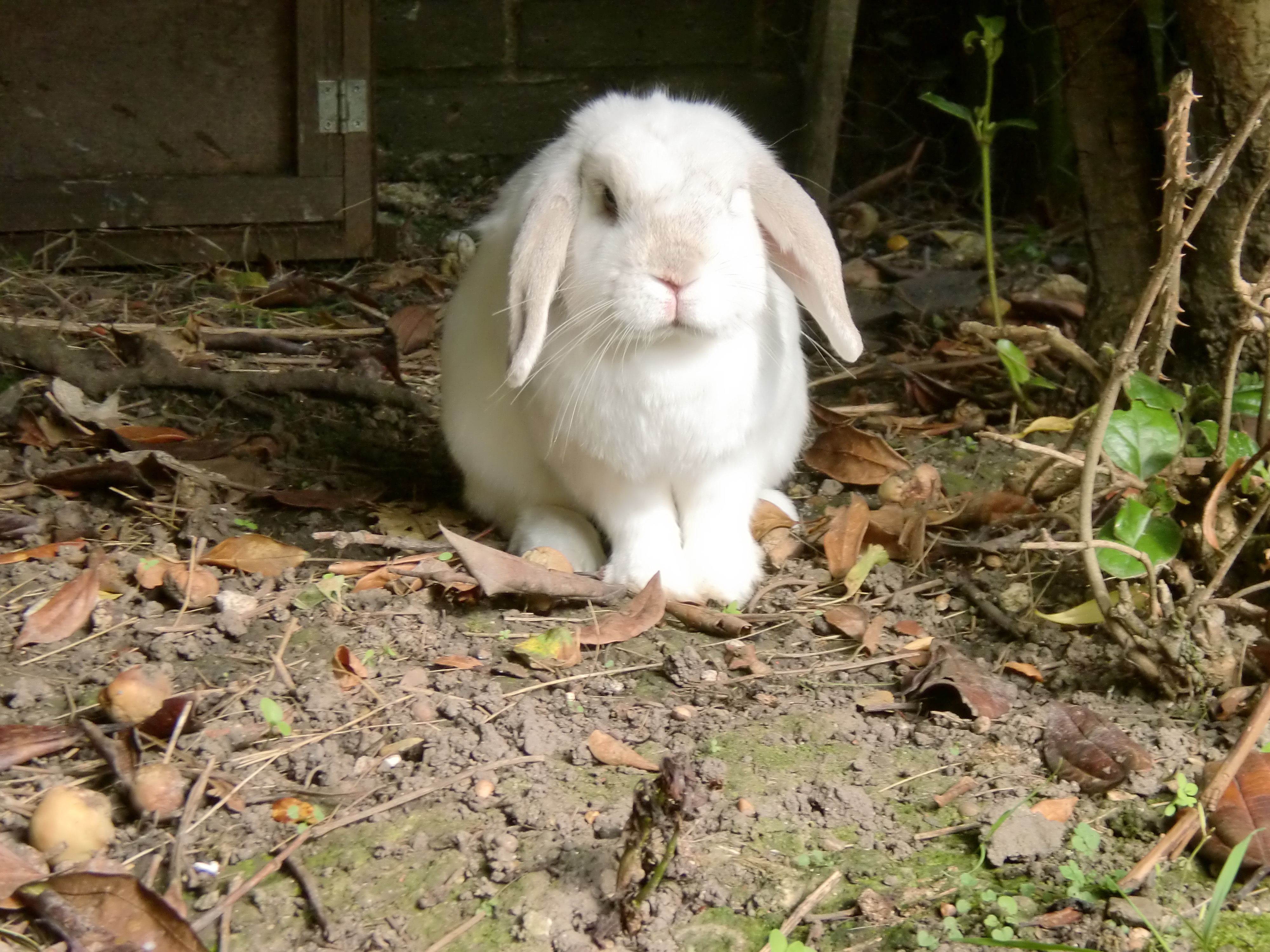 Most rabbit meat comes from animals who have been factory farmed in the UK, China or France, but some comes from animals killed in the wild. Anyone who has cared for rabbits knows what huge characters they are, and that their needs are complex but must be met in order for them to have a good life. This includes having company and being able to run, jump and dig. None of this is afforded them on factory farms.

The female rabbits (does) kept for breeding live their whole lives in cages. They are denied social interaction, the space they crave and the ability to graze. The mesh flooring causes ulceration, abscesses and infections on their pads and feet, while the stress and boredom can lead to abnormal behaviours such as over grooming, cage gnawing and aggression.

Housed in these stressful and often unhygienic environments, rabbits are vulnerable to infections and disease. According to the European Food Safety Authority (EFSA), mortality rates for intensively reared rabbits are considerably higher than for other farmed animal species, and sometimes as high as 30 per cent.1 The rabbit industry in France uses seven times more antibiotics per kilogram of meat than the poultry industry, just to try to keep these gentle animals alive in these terrible conditions.2

In 2012, Compassion in World Farming investigated the rabbit farming industry.

Artificial insemination is a common practice on rabbit farms. Does are held on their backs throughout the process, causing them severe stress, and often injury and infections. Rabbits are prey animals, and being on their backs is terrifying as it means they are completely vulnerable.

Rabbits may need to have their teeth trimmed or clipped which can cause lost-lasting and severe pain and infections. They may also have their ears tattooed for identification purposes. Neither of these painful procedures requires a vet.3 An Animal Equality investigation revealed just how painful tattooing is (see 2 minutes in):

The young kits suffer, too

Each doe will produce six or seven litters of kits a year, and they will live their whole lives in cages, too. They are taken from their mothers at four weeks old, who by this time will already be pregnant again.4 The kits will be fattened up on high protein pellets and slaughtered from just eight weeks old.

Some animals are killed on the farm. They may be stunned first and have their throats cut, or they may be killed by a hammer blow or by having their necks broken.5 Others will be transported to a slaughterhouse, a process so traumatic that up to eight per cent can die on the journey.6

At the slaughterhouse, the kits may be electrically stunned and will then be shackled by a back leg and have their throats cut.

It’s not just the young who are slaughtered. Like all female animals used for breeding, does become exhausted from the strain of repeated pregnancies and they are also slaughtered, usually after just three years.

Wild rabbits are typically caught by placing a net over one burrow entrance and sending a ferret into the other end to flush them out.7 Once caught in the net, they will be shot or have their necks broken. They may also just be shot in the fields as they graze. Not all shots hit their target cleanly, and rabbits may be injured and die a protracted death. Those who eat the meat are warned that lead shot can harm children’s brains, lower their IQs, and is also linked to kidney and heart problems in adults.8

Although fur farming is banned in the UK, fur from rabbits bred for their meat can still be sold as a ‘by-product’ so long as the animals have not been killed specifically for their fur.  Sometimes rabbits are sheared while still alive. Investigations have also revealed horrific cruelty, with animals tied by their feet and their fur pulled from them.9 This is where angora – used in socks, scarves and sweaters – comes from. The fur from rabbits farmed in other countries is also found on shelves in the UK on clothing, trinkets and cat toys.

The little animal with the big personality

Rabbits can be sweet and laid back or feisty and bad tempered or somewhere in between, just like people. What they all have in common is the need to graze, run, dig and even climb. Yes, rabbits love to jump up onto tables to get a great view and to dig a burrow in the earth.

Because they are prey animals, rabbits have great hearing, a broad field of vision and are usually silent. They also hide any illness so as not to betray a weakness. Because of this, rabbits can be extremely ill before those charged with caring for them even notice.

A happy rabbit will be in a pair or a small group, will have a large area in which to reach their top speed (up to an incredible 45mph) and if they are happy, you may well see them ‘binky’ – a joyful leap and twist, either from a standing start or when he or she has got up some speed. It is one of the most joyous sights you could imagine.

Check out this fine slow-motion binky!

There are approximately one million rabbits kept as pets in the UK, many of whom are stuck inside hutches alone at the bottom of the garden. Neither they nor the rabbits raised in factory farms have the lives they need. Don’t these little guys deserve better?

1 ‘The impact of the current housing and husbandry systems on the health and welfare of farmed domestic rabbits’, European Food Safety Authority (EFSA), 2005. Available at: http://www.efsa.europa.eu/en/efsajournal/doc/267.pdf [Accessed 12 Jun 2017]

5 ‘How to start a small-scale rabbit farm on your small-holding’, Smallholder. Online. [Accessed 14 June 2017]

8 Rebecca Smith, ‘Limit amount of game meat eaten due to lead shot residue, it has been warned’, The Telegraph, 10 Oct 2012. Available at: http://www.telegraph.co.uk/news/health/news/9595895/Limit-amount-of-game-meat-eaten-due-to-lead-shot-residue-it-has-been-warned.html

9 Jennifer Newton, ‘Writhing in pain as its fur is ripped from its skin, shocking footage reveals brutal treatment of animals in the angora trade’, Daily Mail, 15 Sept 2016. Available at: http://www.dailymail.co.uk/news/article-3790490/Writhing-pain-fur-ripped-skin-shocking-footage-reveals-brutal-treatment-rabbits-bred-captivity-angora-trade.html